How Mobile and Data Can Drive Intelligent Transport Systems Forward

Jordan Kass, President of TMC, a Division of C.H. Robinson

How Mobile and Data Can Drive Intelligent Transport Systems Forward 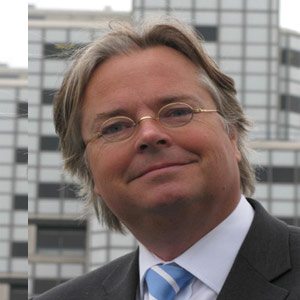 While there have been many marvelous technological achievements in transportation over the last twenty five years; traffic is still a growing problem, transportation management hasn’t changed much (or enough); and initiatives to upgrade public transportation have mostly stalled.

There are no simple or cheap answers to overhauling existing systems. That said, neglected infrastructure shouldn’t drag on the economy or on commuters’ lives. There is much we can do to improve transportation – including everything from parking to freight – with the aid of data analytics. The concept is pretty simple, the more information we have about how people or things move from one place to another, the better we can understand the f laws and strengths of existing transit systems.

Most people gathered in Detroit for the World Congress on Intelligent Transport Systems recently, probably have a similar goal: Make t ransportation smarter. Mobile technology and analysis of the data that it brings seems to have the most potential to make this happen.

Mobile phones give us an incredibly detailed understanding of how people move, where they move to and when they move throughout the day. The average survey could never provide information that is nearly as rich nor accurate. We can use this data to identify precise transit trends in any given area sometimes as narrow as a single street block during any period of time.

Given the role of mobile data in the future of transportation, IBM and Apple have a keen interest and expertise in the space and we think that, among many other things, our partnership could possibly help transform the daily commute. Under the arrangement, IBM could deliver secure, sophisticated analytics tools; Apple could make these tools intuitive and elegant, so that people can use them effectively to improve mobility.

Millions of iPhone users have downloaded apps on their phones to pay for public parking or to check traffic conditions. Unfortunately, the data generated by these apps may or may not be shared with transportation departments. If we can place mobile devices in the hands of highway patrol, emergency responders and transport analysts, they can work within the same ecosystem as millions of commuters to eliminate transportation inefficiencies making impactful change felt by the whole system.

Armed with the right technological tools, transit authorities will be better equipped to institute new policies or to improve current services. Bus routes, for example, could be rescheduled or rerouted based on actual demand and traffic flow. Future subway lines could be plotted out with a high degree of accuracy based on where we know there is a demand for service.

Transportation departments would likely establish Traffic Management Centers (TMCs) where data would be gathered and distributed (via an iOS device for instance) to all relevant parties in nearly real time. If a city decided to levy congestion fees (similar to those in London), people who are driving within the congestion zone could be identified anonymously by the GPS on their phones, alerted to the fees for driving in the designated area, and instantaneously pay the fees via an app.

Mobile data won’t just revolutionize public transit services; consumer cars are also poised for a digital upgrade with the dawn of the connected car slated to have the most dramatic effect on the driving experience. Wired for internet access and loaded with sensors that collect information about thousands of variables, the connected car could revolutionize the way cars are designed, manufactured and maintained as well as driven.

While drivers will reap tremendous benefits from these cars, manufacturers and transit authorities will also profit from them. The cars will continuously collect and upload data to manufacturers about their performance, so if a specific part proves finicky, the manufacturer could identify the problem quickly before it escalates into a bigger issue. Similarly, the car could share information about road conditions with traffic authorities; when congestion builds up, or if roads become slick from an unexpected rain-shower, all relevant parties would be notified immediately.

Transportation systems work best when we accurately understand what people need and how to efficiently provide it with that i nformation being used for impactful and timely changes. Trains, planes, buses, and cars may be critically important for any commute, but insightful data supplied by mobile technology is a close second.

People already rely on their mobile technologies to check weather, traffic, train schedules and alternative travel options. Mobile data is far too valuable of a resource to squander. It could shape and in many cases, it already has shaped the future of transportation.

Unlocking the Value of Connected Cars

Comprehensible Distribution of Training and Information...

The Current Focus is On Comprehensive Solutions

Big Data Analytics and Its Impact on the Supply Chain

Carmax, the Automobile Business with IT at the Core

The CIO's role in rethinking the scope of EPM for...

Transformative Impact On The IT Landscape

Get Ready for an IT Renaissance: Brought to You by Big...

Technology to Leverage and Enable

Speed is the Name of the Game

THE CHALLENGES OF CYBER-PHYSICAL SYSTEM SECURITY

How to Build an Effective Content Strategy Others Will Envy

A Collaborative Approach to Wealth Management

However, if you would like to share the information in this article, you may use the link below: